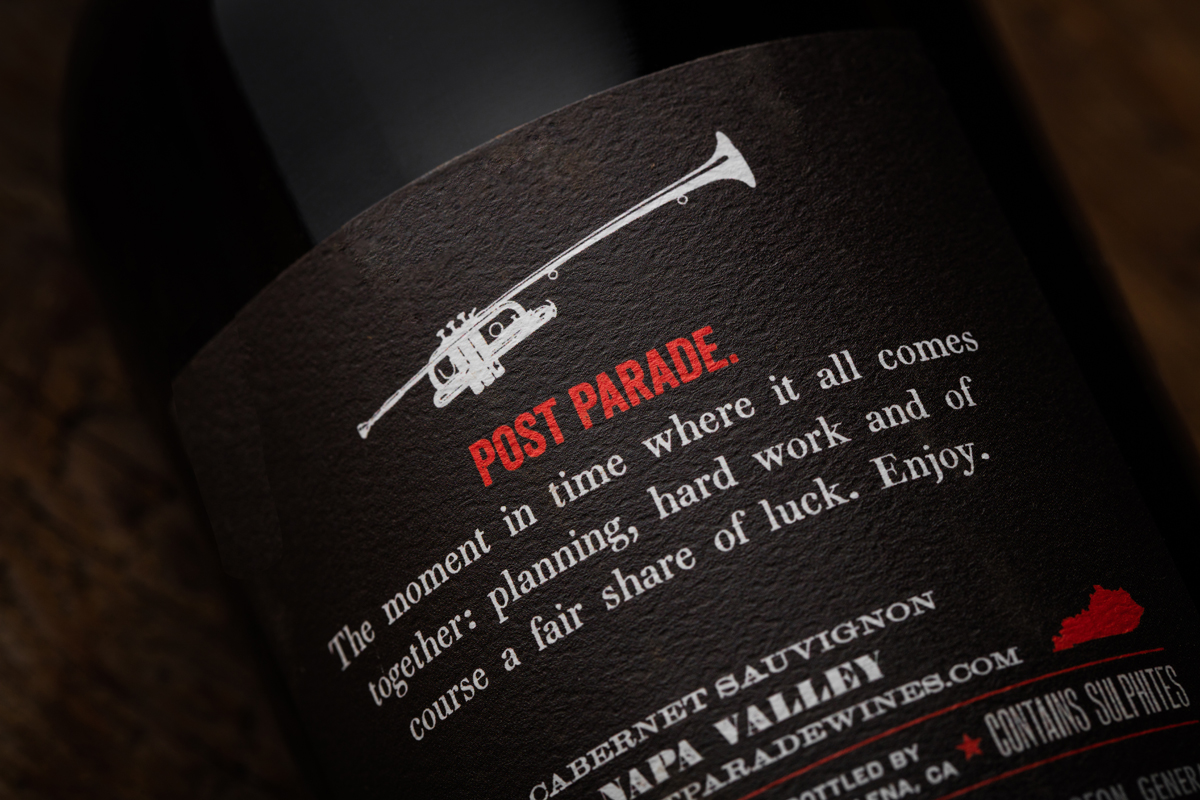 $95.00
SOLD OUT
After a very dry 2013 and 2014, Napa’s water shortage has finally caught up. While some varietals had a tough time, Cabernet Sauvignon was not one of them. As expected, the overall yield was less than many had hoped, but the quality of the fruit that made it into the bottle was nothing short of excellent.

The 2015 Post Parade is proving to be a wine that is finesse driven with
violets and black cherry coming through on the nose. The wine carries itself with balance, a soft mouth-feel, and layered tannins that makes it quite approachable at such a young age. While 2014 was generous with fruit, the complexity of the 2015 is what differentiates this wine from previous years. The three sources (Tench, Redhead, and Ithaca) come together to create a harmonious wine that truly sets itself apart from the heralded 2013 and 2014 vintages.

This wine will only improve with time; however, the structure of the 2015Post Parade allows itself to also be enjoyed upon release.